If you like what you hear, please support us with a small donation 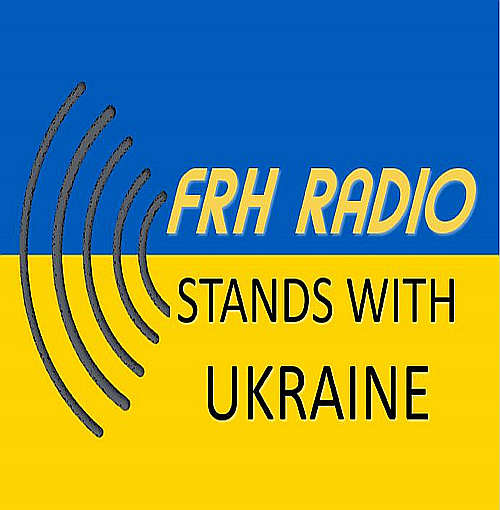 MIXCLOUD ACCESS NOW AVAILABLE
Listen to FRH Radio Shows Internationally at a time which suits you.

Under our licencing regulations, FRH Radio is only able to broadcast live in the UK, USA and Canada. However we know that there are many Country Music fans in other parts of the world who would love to hear the great music we play, so WE ARE NOW POSTING SOME OF OUR PREVIOUS SHOWS ON MIXCLOUD for you to enjoy at any time which suits you best!

So, if you can't listen in to these shows at the time of broadcast (see our What's On page for days and times) why not visit our Mixcloud page HERE and listen in as often as you like.

As detailed below, these shows are also available for syndication to other radio stations, and are already being played in Australasia and Europe. If you run a Country Station and would like more information about syndication, get in touch via our contact page.

We were delighted to hear that FRH Radio had been included as one of the final five nominations in the Radio Station catagory for the AWA Awards which were held in Texas on the 13th October 2022. The top five nominees are selected by disc jockeys world wide, so it was both a privilage and an honour to be included in this auspicious awards ceremony.

On the day, FRH Radio did not win the Award, but we acknowledge and thank the judges for our nomination, and offer our heartfelt congratulations to the winners, American Cowboy Radio, and indeed to all the winners in all the other catagories.

We are pleased to announce that some new shows have been added to our schedule with effect from the 23rd July. Broadcast days and times of all our shows are detailed on our "Whats On" page, so why not check them out, listen in and let us know what you think?

We are also excited to confirm that 3 of our most popular shows - "The Orange Blossom Special", "The Voice of the UK's Western Swing Show" and "Down at the Honky Tonk" are now being syndicated on other radio stations in areas which we are not currently licensed to broadcast to, including Australia, parts of the EU and Africa. This is great news for all the independent artists we play on these shows, whose work is now being heard around the world....

So, if you are an independent artist and have not yet submitted your work to us for airplay, this is even more reason to do it now! Go to our "Song Submissions" page for more information.

Your chance to introduce YOUR favourite song on FRH Radio

We are in the process of putting a new show together called Listeners Choice, where listeners of FRH Radio get to become a DJ by introducing their favourite country songs.

All you have to do is record yourself on the voice recorder of you mobile phone introducing your favourite country song. It can be mainstream or independent, but if you are an artist, it cannot be your own song, and please make sure there are no background noises such as children, dogs or vehicles which will prevent us from playing your intro.

Once you have recorded your voice intro, all you have to do is

GO TO OUR SUBMISSION FORM PAGE

to send us your details and your voice file. Then just sit back and wait for the show to air. You can do several seperate intro's if you have several favourite songs.

FRH Radio prides itself on bringing the best country music we can find to our listeners, so we are pleased to announce the addition of FOUR new shows to our line-up effective from the 26th February.

These include shows featuring the best of Canadian and Australian Country music, a new UK based show and the top 20 Billboard Country Airplay chart.

The broadcast times for the new shows, and the re-arranged timings for some existing shows, are all detailed on our "What's On" page. Take a look.

We are delighted to announce that Kay Cook-Abbott has received nomination for 10 catagories in these forthcoming awards.

Most of the nominations are for Kay's contributions as an independent country music artist, but here at FRH Radio, we are particulally pleased that she has been nominated for the catagory of "Radio Host".

Updates will be available on this page when more information is available.

(Update 04/09/22 - We are pleased to announce that Kay has won a Fair Play Country Music award in the Blues Country Cover (Female) catagory for her track BORN TO SING which appears on her 2020 Album "Feel So Country". Huge congratulations to all award winners!)

FRH Radio sprang from the germ of an idea between Kay and Mick during the UK lockdown in late 2020 and after a lot of hard work over the 2020 Christmas period, the first broadcast was aired on the 4th January 2021.

The success of the station has exceeded all expectations and this can only be put down to the support we have received from all the independent artists, songwriters, record companies and promoters in the country music community, many of whom have become friends and colleagues, who have shared their invaluable experience and knowledge with us. We must also thank our many loyal listeners without whom we would have no purpose.

We look forward to our second year of broadcasting and adding even more great independent music to our play lists.

Kay Cook-Abbott and FRH Radio have received an endorsement for "always going above and beyond for all Artists".

This unsolicited and unexpected endorsement has recently been issued by Rocking Around The Clock Radio, Dory's Indie Starz Radio, Space Angel Music Co, Sound Wave One and Indie Starz Records, a group of music industry specialists operating out of Canada and the USA.
Kay says " On behalf of the station, I am both pleased and proud to be awarded this endorsement. We look forward to supporting many more independent artists over the coming years.

We are proud to announce that after only 4 months on air, two of FRH Radio's founders have been nominated for Awards by the International Singer Songwriter Association.

The awards ceremony takes place in the USA in August 2021 so watch this space for more information, and if you haven't already heard Mick's "Western Swing Show", you can tune in on FRH Radio every Sunday at 7.00pm, Tuesday at 1.00pm and Friday at 1.30am and again at 9.30pm (all UK times).

(UPDATE - Unfortunately neither Kay or Mick won an award, but as Kay says "Just being nominated after less than 6 months on air was a great honour in itself, so we are not disappointed, and we offer our congratulations and best wishes to all ISSA award winners!")

Home About Us What's On


If you like what you hear, please support us with a small donation

Any contribution towards our running costs is most gratefully received